The just-released 2Q CY22 data on aggregate corporate profits in Japan was very positive, with the overall corporate recurring pre-tax profit margin hitting a record high on a four quarter average. Both the non-financial service and manufacturing sectors contributed, both surging to record highs. Note that the strong results occurred despite quite subdued GDP, further proving the long-held theme of this report that profit margins remain on a structural uptrend despite sluggish domestic GDP growth, as shown in the charts below. Increased pricing power, coupled with improving corporate technological prowess and efficiency, should be credited for this, but improving global economic growth certainly was also a major factor. 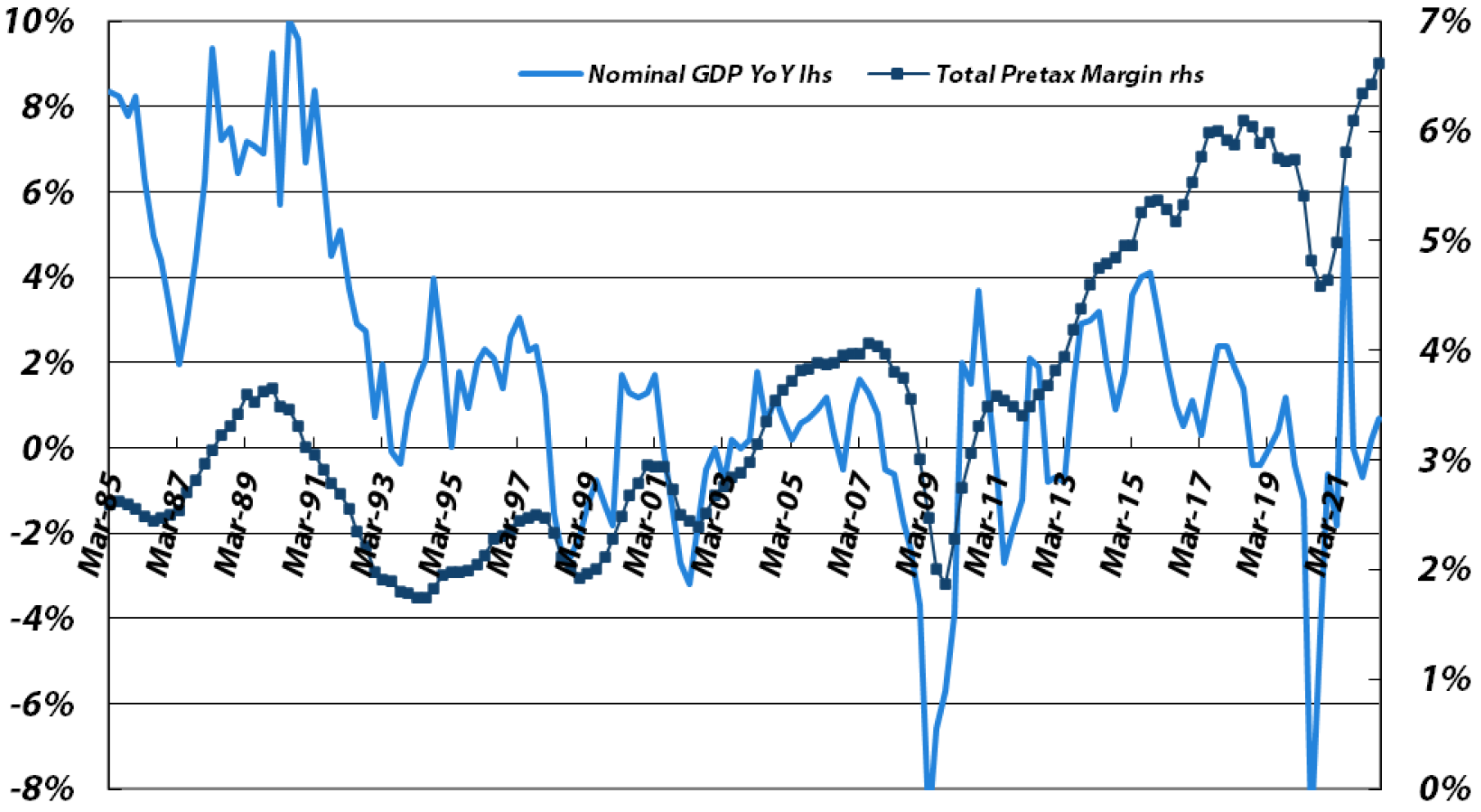 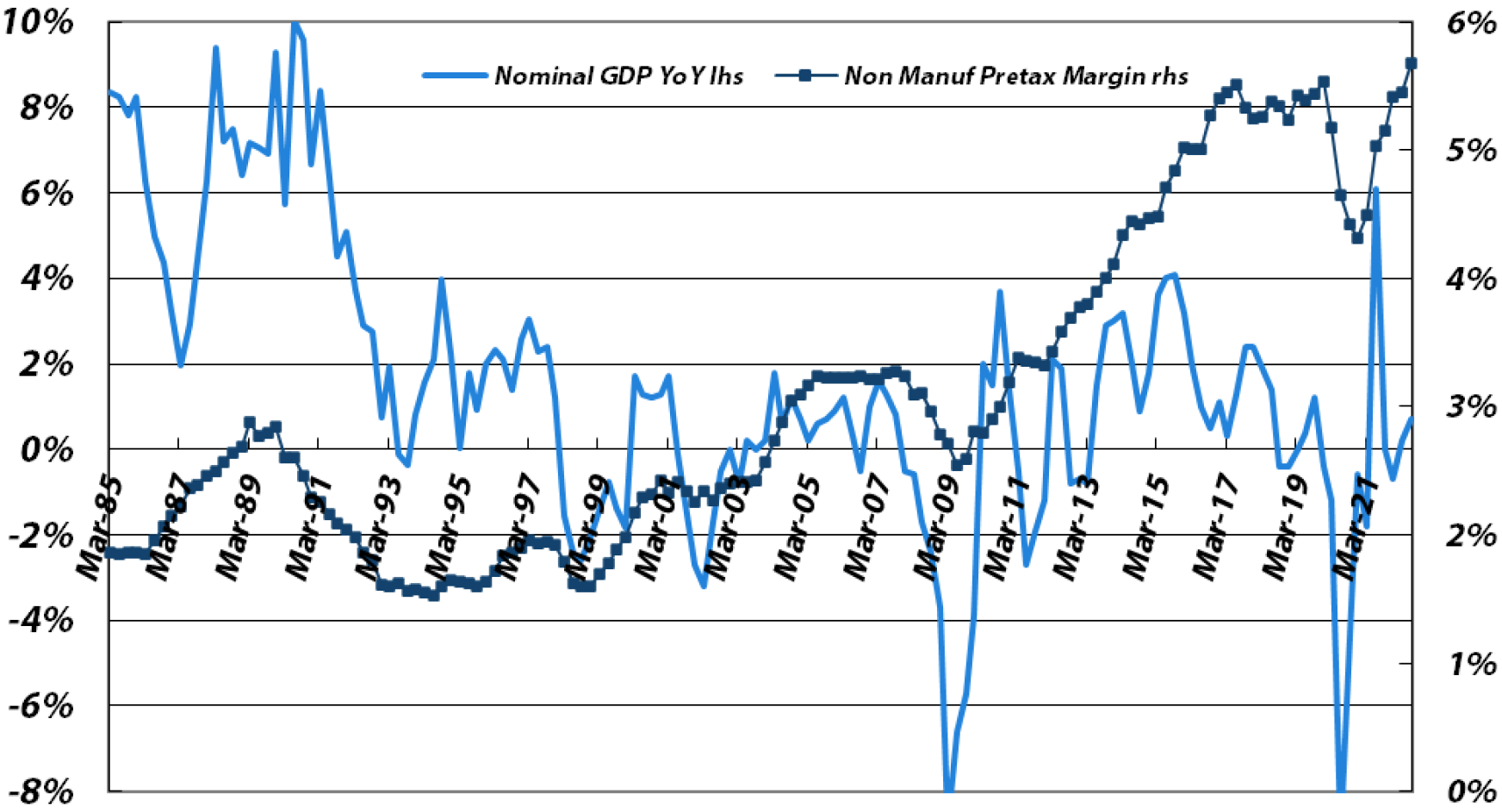 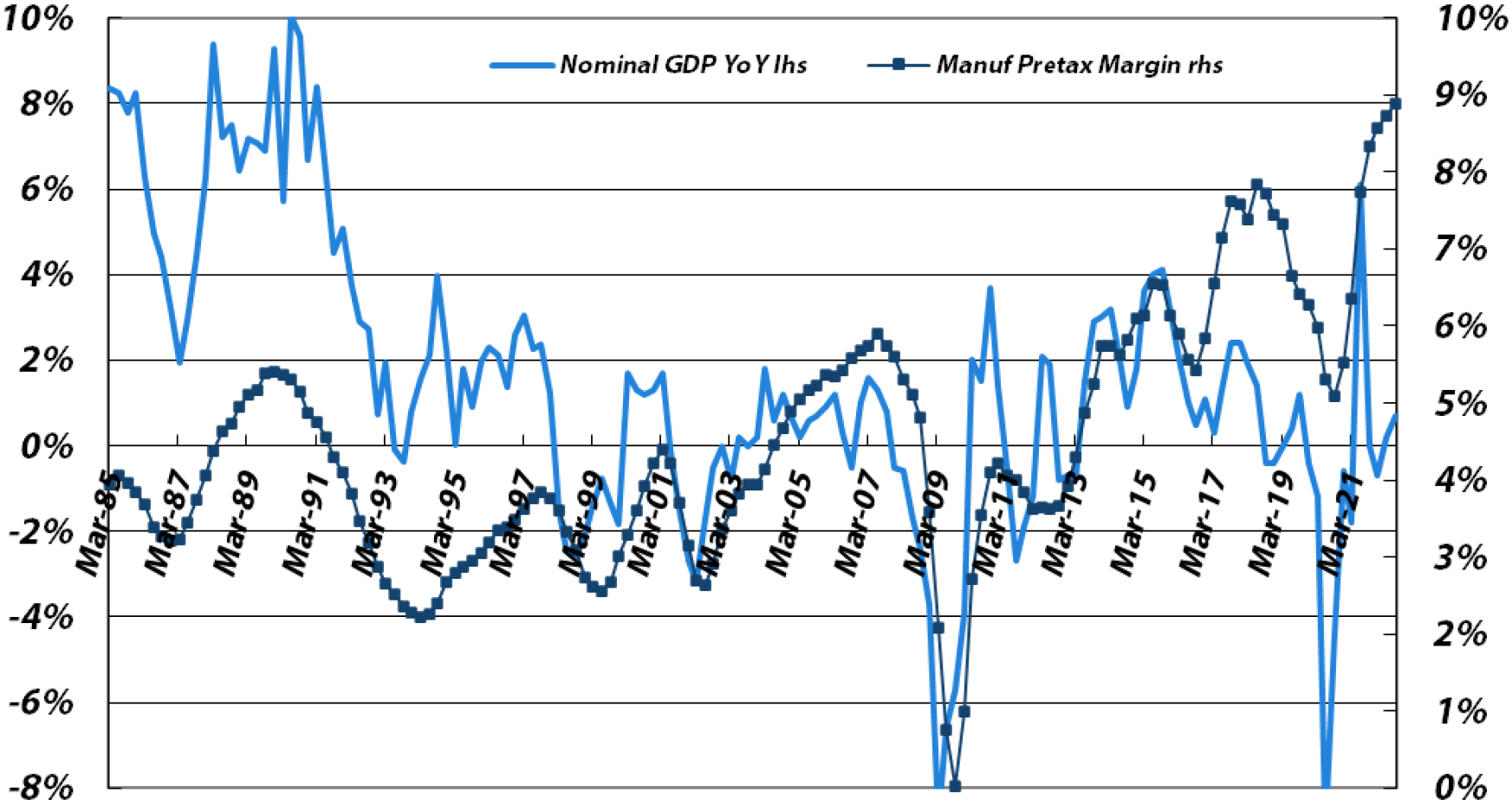 One should also note that the Ministry of Finance statistics cited in this report do not cover after-tax income, and due to corporate tax cuts nearly a decade ago, the overall net recurring profit margin (which is unfortunately unpublished) has expanded even more sharply than the pre-tax data shown above, allowing shareholders to benefit from higher dividends and share buybacks. Also due to buybacks, EPS has been (and still is) growing even faster than net profits.

Clearly, the myth that Japanese companies do not reward shareholders should be dispelled by now, but somehow, the P/E ratio for the market remains very low. This seems the kind of mismatch of perceptions vs. reality that usually provides a good opportunity for investors.