Japan’s stock market retreated in line with its global peers after Russia attacked Ukraine on 24 February, with the Nikkei Stock Average dropping to a 16-month low, falling under 25,000 early in March. The Nikkei has since recovered somewhat and currently stands near 27,000 points. We think there are several factors behind the recovery in Japanese stocks. One has been the resilience in other stock markets, notably the US, where excessive pessimism towards the economy amid monetary tightening by the Federal Reserve is being reversed. Inflation in the world’s largest economy is a risk but leading US blue chip companies, notably those linked to technology, appear to have enough pricing power to ride through higher prices. US economic strength leads to strong demand for imports and is therefore a key supporting factor for Japanese exporters.

Another factor helping stock markets, including Japan’s, has been expectations towards governments enacting fiscal stimulus and other steps to ease the economic pain resulting from sanctions against Russia. One such example is countries such as the US and Japan releasing oil from their strategic reserves. The administration of Japanese Prime Minister Fumio Kishida can finally turn its attention to supplementary measures after parliament approved the budget for the current fiscal year (which runs through March 2023). Many of these measures will be geared towards companies faced with losses because of sanctions and consumers who will be paying higher energy bills. A desire to boost public support ahead of upper house elections in July may be another motivating factor for the Kishida administration to compile such measures.

A development more specific to Japan was the lifting of all COVID-19 restrictions in March. The Japanese economy is now free to catch up with those of other countries which had already lifted restrictions. While new coronavirus waves could grip Japan again, for now some of the fiscal stimulus is expected to support the economy through the government’s “GoTo” campaigns that offer travellers and diners discounts. Economic recovery should also curb the yen’s depreciation against the dollar and reduce currency volatility, which has recently been a concern for the stock market. Japanese stocks can look to consolidate further once specific government measures are implemented and steady corporate profits are confirmed during the earnings season that begins in late April.

Assessing the impact of Japan’s sanctions against Russia

Along with other G-7 countries, Japan has implemented a series of sanctions against Russia following it invasion of Ukraine. The sanctions have included blocking Russian banks from SWIFT, freezing the Russian central bank’s foreign exchange assets, imposing export restrictions on a variety of items such as semiconductors and banning imports of certain Russian goods. While sanctions can grab news headlines, their actual impact on the Japanese economy and markets is expected to be small. With a few exceptions—such as some automakers—the number of major Japanese firms that produce and distribute goods in Russia is very limited. Some companies in northern Japan are engaged in trade with the Russian Far East, but these are relatively small entities and won’t have much impact on the broader stock market.

We need to note that many Japanese auto parts and electric vehicle manufacturers are dependent on material like nickel and palladium, of which Russia is a large producer. But the sanctions are yet to have a serious impact because such manufacturers are seen to have ample stock and as they have enough time to look for alternative sources. For example, while Russia is the largest producer of palladium, it is not the only one. Buyers can turn to other producers in other countries such as South Africa, Canada and the US, with higher prices for the industrial metal helping improve mining productivity in other regions.

Another potential event that could attract a significant amount of attention would be Russia defaulting on its debt. But even if Russia were to default, it would be unlikely to have a big impact on the Japanese financial system, which does not have strong links with Russia. And in the event of a Russian default, Japanese authorities are likely to respond quickly to shore up its financial system. Government support is expected to limit any knee-jerk reaction by the stock market to a default.

The Japanese equity market ended March higher with the TOPIX (w/dividends) up 4.30% on-month and the Nikkei 225 (w/dividends) rising 5.78%. Equities were down in the first half of the month due to concerns regarding potential deterioration in the global economy stemming from rising crude oil and other commodity prices as combat escalated in the Russian invasion of Ukraine. However, from mid-month onward the market rebounded as the Chairman of the US Federal Reserve signalled an optimistic outlook for the US economy and concerns regarding economic uncertainty subsided. Stocks were also buoyed by expectations for Japanese exporters to benefit from the yen weakening against the US dollar due to rising US long-term interest rates, in addition to hopes for progress on peace talks between Russia and Ukraine. Of the 33 Tokyo Stock Exchange sectors, 24 sectors rose with Mining, Wholesale Trade, and Services among the most significant gainers. In contrast, 9 sectors declined, including Metal Products, Textiles & Apparel, and Foods. 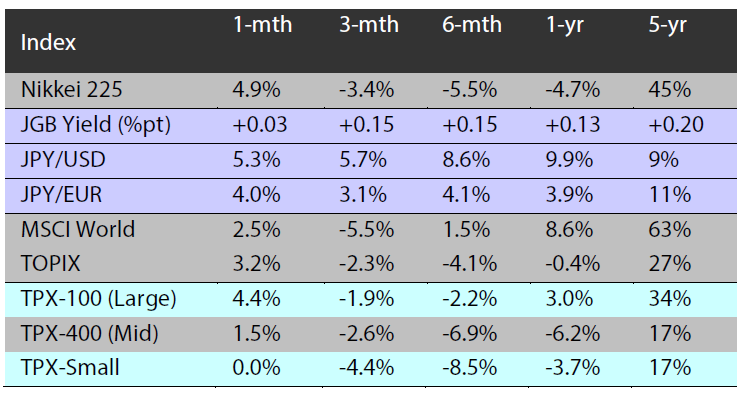 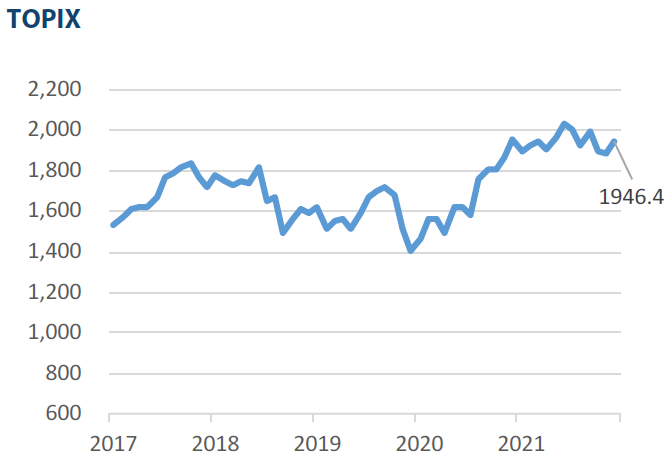 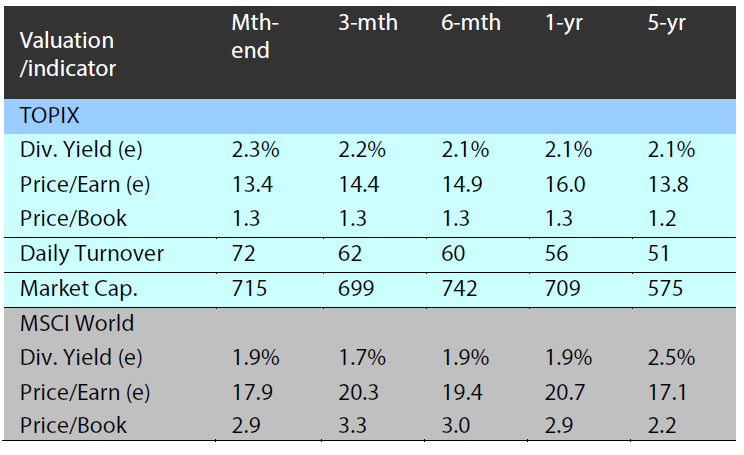 (e) stands for consensus estimates by Bloomberg. Turnover and market cap in JPY trillion. Source: Bloomberg, as at 31 March 2022 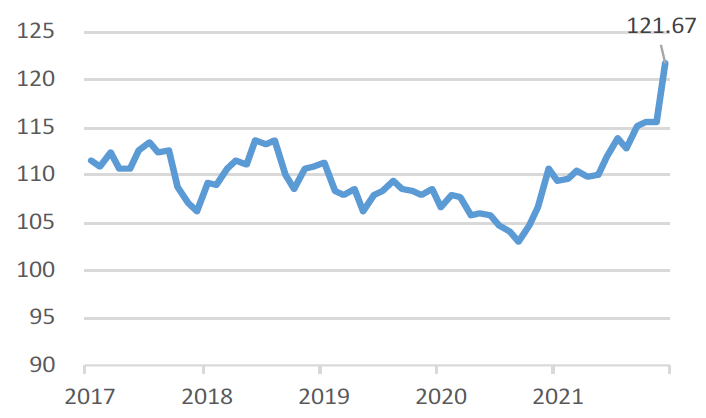 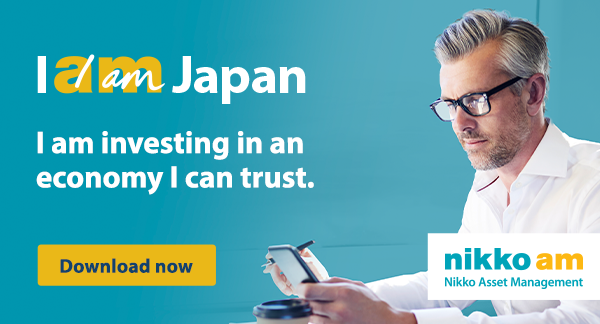 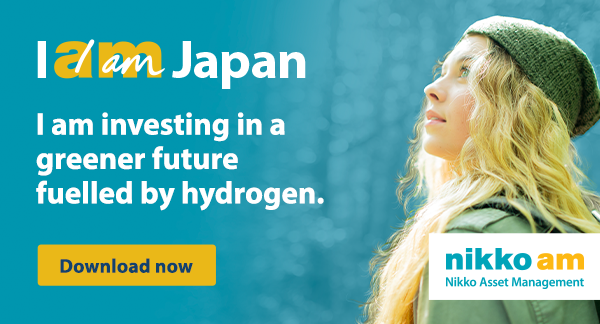