The Fed raises concerns on inflation

After many years of trying to stimulate inflation, central banks are now facing inflation levels that are far exceeding recent trends. In May, eurozone inflation rose to 2% and in the US core inflation reached 3.8% (almost a 30-year high). The question central banks now face is if these above target inflationary pressures will take hold and persist, or if they are transitory and being caused by temporary factors as the global economy restarts and adjusts back to firing on all cylinders again. How inflation evolves may be a somewhat different story in each country. However, through globalisation companies have the ability to transfer higher prices or seek lower price inputs around the world more efficiently which on balance has acted as a price stabiliser over recent years. In the near term this process may be temporarily disturbed because of economic disruption from the pandemic and allow inflation to spread globally. However, the process of companies transferring higher prices or seeking lower price inputs around the world should return as countries reopen and again act as a force against higher prices.

In 2020 the Federal Reserve (Fed) announced a major policy shift to its strategy of delivering price stability and moved to an average inflation target regime from a specific 2% CPI target. In hindsight the timing was genius, or perhaps the Fed even had foresight about what was going to unfold in 2021. This new structure has allowed the Fed to keep monetary policy and financial conditions super easy in the US amid what would have been alarmingly high inflation prints under their previous policy. Understanding how the Fed looks at inflation is also important in understanding what the future path for interest rates may look like.

In forecasting inflation, the Fed considers three important factors in its analysis. The first is inflation expectations. If inflation becomes imbedded in an economy and in people’s price expectations, it can be extremely difficult to contain. The Fed looks at many different surveys to try and gauge if this is occurring and the five-year Forward Inflation Expectation Rate is one of them. By this measure, expectations of higher inflation have been largely contained; the index has risen to levels seen last in 2018 but below the average over the last 20 years. 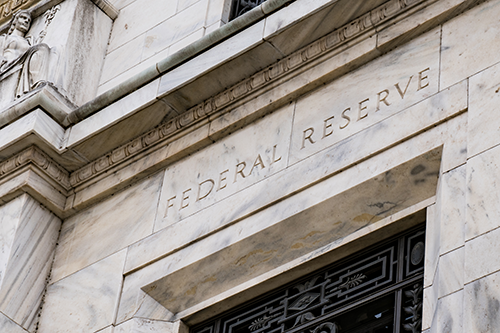 A second important factor the Fed looks at is promoting maximum employment and more specifically, doing so within current wage conditions. The state of the labour market and the possibility of sustained wage pressure to occur can be a major contributor to inflation and therefore something the Fed weighs in its inflation outlook. We have seen some wage pressure in the US; however, here too are shutdown-related factors that gives the Fed comfort that the phenomenon may be temporary. With an unemployment rate close to 6% compared to the pre-pandemic level of 3.6%, there is still much slack in the labour market and this should act to contain overall wage pressures in the near term. The special unemployment benefits are set to expire in September and this will likely add supply to the labour market hungry for workers to return.

A third important factor in the Fed’s inflation forecast is pressure on resources, in which we have seen some of the biggest surprises in prices during the economic recovery. Supply chain disruption has contributed greatly to increased prices in things such as durable goods. Consumer demand has surged for goods such as autos, home appliances and furniture and this is probably the most troubling area of inflation for the Fed, which recently admitted that a forecast error could potentially occur since we have not experienced an inflation cycle that is currently taking place. However, the Fed also likes to use the Trimmed Mean PCE inflation rate as an alternative measure of core inflation for personal consumption and perhaps not too surprisingly the index has been very well behaved. In calculating the trimmed mean, the goods and services with exceptionally large or small price movements in a given month are dropped from the calculation.

Repricing the US yield curve

In spite of these three factors mostly giving the Fed comfort that their policy is set at the right level within the average inflation target structure, the central bank, with a slightly hawkish tilt, certainly raised its concern about inflation at the June Federal Open Market Committee (FOMC) meeting. This slightly hawkish tilt was evident in the rate forecasts produced by each Fed official that make up the Dot Plot. In their forecasts, seven members see the first hike coming in 2022 compared to only four in the March forecast. For 2023, 13 Fed members forecast rate hikes, up from seven in the March forecast. This bringing forward of forecasted rate increases caught the market by surprise given the Fed’s recent comments about policy being appropriate. However, at the same time the bringing forward of forecasted rate increases seems to be more in line with market expectations for Fed hikes. It is also somewhat surprising that the Fed has not spoken about reducing QE purchases and yet the officials, in moving forward their rate hike expectations, are likely to be concerned that inflation may prove to be more than transitory unless the central bank does something to contain it.

Since the FOMC meeting the market has begun to reprice the US yield curve and we have seen a sharp flattening of the 5-year to 30-year part of the US curve. This seems to indicate that the market still believes the Fed has the capacity and credibility to influence rates through transparency in order to control inflation. The surprising thing is the Fed talks about sequencing how it will shift to remove easy monetary policy and the first step being a taper of asset purchases. The Fed will likely give the market guidance about its QE plan at its September meeting, with inflation measures at the time likely to determine how aggressively it opts to reduce purchases. But one thing seems clear: as the Fed removes the emergency easing, the US interest rate curve needs to continue bear flattening with the rise by short term interest rates outpacing the rise by longer rates if interest rates are to get back to pre-pandemic levels.