The third quarter of 2020 corresponded to a continued recovery of all emerging markets (EM) debt segments, albeit at a slower pace compared to the second quarter. The market’s positive momentum faded in July and August and a mild consolidation phase even occurred in September. USD-denominated EM external debt delivered +2.23% over the period, with the bulk of the performance coming from spread compression while Treasuries detracted slightly. 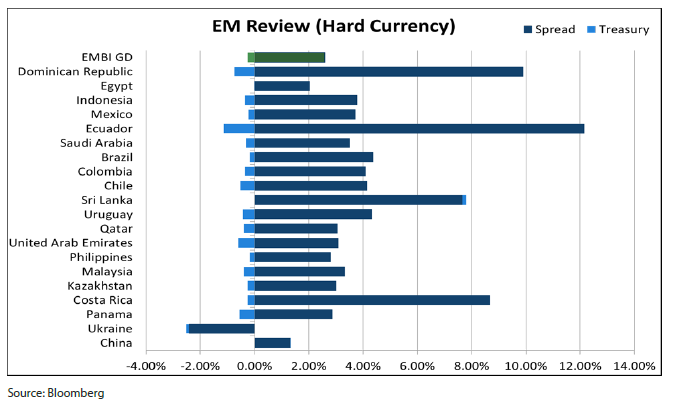 EM local debt performance was much more mixed during the period, with dispersion remaining high and idiosyncrasies still dominating. 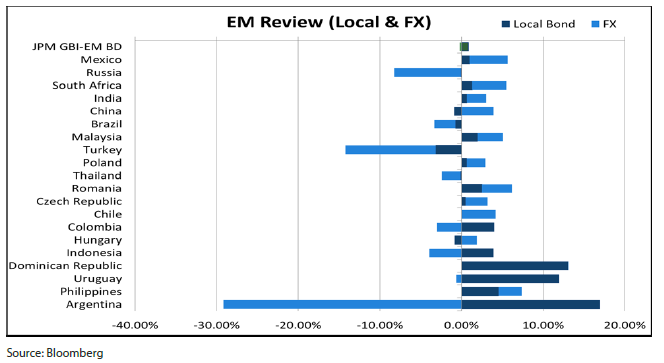 Remarkably, the COVID-19-induced drawdown has almost been fully retraced and we can point to several factors for the asset class that are likely to help prices recover further in the near future.

One such factor is EM inflation trends. Indeed, one of the pandemic’s few positive effects has been the temporary suppression of inflation in emerging markets. An extraordinary convergence of EM and developed market monetary policies took place during the pandemic. Many EM countries aggressively lowered their policy rates while intervening in the forex markets to keep their currencies stable. Some EM central banks even embarked on forms of quantitative easing and bought their own government bonds to lower their long term funding costs.

Another big beneficiary of the lockdown has been external accounts, which improved dramatically due to the reduction of domestic demand and increased commodities exports driven by China’s recovery. This has been extremely supportive for currencies and sovereign external debt spreads as it significantly reduces external funding vulnerabilities.

If we look at specific stories, the Russian ruble clearly underperformed, hit by relative weakness in oil prices (at least in comparison to other commodities). The ruble was also weighed by an increase in geopolitical tensions, with the US seen as more likely to impose fresh sanctions on Russia with a Biden presidency, particularly under a Democrat-controlled Congress. In contrast, a Biden election win is expected support the Mexican peso, because a “blue sweep” is often associated with a bigger US fiscal package that should benefit Mexico.

After the broad-based rebound by the EM debt markets, we are strongly convinced that the next stage of the recovery will be less uniform. Turkey is a good example of this nascent differentiation. The market is already challenging the low level of real rates there, mindful of Turkey’s use of FX reserves to keep its currency stable and its growing external short term financing needs. On the other hand, commodity producers such as South Africa and Chile are good vehicles to continue playing the impressive rebound by the Chinese economy, in our view. Finally, the tourism sector will take much longer to recover, especially if we experience a second series of pandemic-induced lockdowns. For this reason we remain cautious on countries such as Thailand, Sri Lanka and the Dominican Republic, as well as Dubai.

Risks to the outlook

The fiscal outlook, which generally remains challenging and is contingent on the medium-term growth outlook, has improved once again as growth has recovered and as many governments, such as Chile, Peru and the Philippines, have been more prudent than expected.

Real yields have continued to decline on the back of the developed world’s excessively loose monetary policy stance and investors have deployed capital towards EM in their relentless search for yield. Meanwhile, inflation dynamics have proven less deflationary than expected in many countries (e.g. Brazil, Mexico, India and Russia) and this should weigh on local rates performance, in our view.

Another major risk going forward is potential social unrest and political risk in countries such as Colombia, Brazil and Ecuador, where too little have been seemingly done to address the effects of COVID-19.

In conclusion, emerging markets have been on a rollercoaster this year but most have passed the test by proving their resiliency to external shocks. We believe that this will only further fuel the demand for high quality EM debt amid the current low yield environment.