After three consecutive months of strong gains, Asian stocks finally succumbed to profit taking in September triggered by concerns that the global recovery from the COVID-19 pandemic could be running out of steam. A correction in global technology (tech) stocks also weighed on regional market sentiment.

The market selloff, however, eased in late September, partly due to upbeat China economic data and reassuring narratives from the US Federal Reserve, which signalled that rock-bottom interest rates will continue over the next two years.

The MSCI AC Asia ex Japan Index fell 1.5% in US dollar (USD) terms in September but outperformed the MSCI AC World Index, which slumped 3.4%. Within the region, South Korea, Taiwan and India were the month's best performing markets (as measured by the MSCI indices in USD terms), while Indonesia and Thailand were the worst performers.

South Korea, Taiwan and India outperform
South Korean stocks surged 3.1% in USD terms for the month, boosted by gains of index heavyweight Samsung Electronics. Despite weakness in global tech stocks, shares of Samsung Electronics performed well in September after it secured a contract worth 7.9 trillion South Korean won from Verizon to provide wireless communication solutions in the US.

Despite rising coronavirus cases in India and continued tensions with China, Indian stocks eked out gains of 0.6% in September, buoyed by news of more fiscal stimulus to come from the Indian government.

China and Hong Kong track the regional downturn
In China and Hong Kong, stocks fell 2.7% and 5.1%, respectively, in USD terms for the month. China stocks were weighed down by concerns over Beijing's new rules that tightened the bond sales of Chinese property developers (to take effect from next year); the apparent cash crunch of China Evergrande Group, the country's second largest property developer; and fresh US sanctions on Semiconductor Manufacturing International Corporation, China's largest producer of semiconductor chips. China's economic recovery optimism, however, grew during the month as the country's official manufacturing PMI rose to 51.5 in September from 51.0 in August.

ASEAN underperforms
In the ASEAN region, all stock markets ended September with negative returns. Indonesia (-13.0% in USD terms), Thailand (-9.5%) and Singapore (-3.1%) were the worst-hit ASEAN markets for the month, while Malaysia (-1.6%) and the Philippines (-0.7%) performed relatively better. Indonesian stocks nosedived after Jakarta's surprise return to a lockdown to curb a new wave of COVID-19 outbreak. Thai stocks were also battered during the month, as fresh protests against the Thai government and monarchy continued. Elsewhere, political uncertainties arose in Malaysia after opposition leader Anwar Ibrahim claimed that he had a majority to oust the current government.

1Note: Equity returns refer to MSCI indices quoted in USD. Returns are based on historical prices. Past performance is not necessarily indicative of future performance.

Asian economies continue to fare better than the rest of the world
Despite the dramatic nature of the response from governments and central banks in the developed world, the global macroeconomic outlook remains uncertain against the backdrop of COVID-19. Whilst there has been some extent of a near-term cyclical recovery driven by inventory restocking, questions still linger about the impact of the virus on global trend growth as well as on longer-term confidence in the economy. The consolation for Asia is that economies in the region continue to fare better than the rest of the world. The abrupt economic disruption has provided opportunities for countries such as China and India to accelerate and push through tough reforms, shifting assets to newer and more productive industries. Accordingly, we retain a favourable view of the areas benefitting from these ongoing reforms including software, healthcare, financial inclusion, industrial automation, renewables and specific areas of consumption.


China has received plaudits for its efforts in containing COVID-19 and normalising economic activities. What is more commendable, however, has been China's commitment to "quality growth" and its resistance to the type of broad-based easing we saw in the Global Financial Crisis. The Chinese government has been active in pushing through capital market reforms and accelerating digitisation and automation across a wide range of different industries. We expect escalating tensions with the US to be the main risk for China in the coming months as we head into the US presidential election. Hence, our preference continues to be for domestic-focused stocks in structural growth areas of software, automation, healthcare and insurance.

Constructive on India’s long-term outlook, selective in South Korea and Taiwan
In the midst of the COVID-19-related disruption in India, the Indian government has embarked on one of the country's most ambitious reforms in the agriculture sector, de-regulating agricultural commodities and liberalising agricultural marketing. Legislations were introduced to enable adequate choice for farmers to sell their produce and allow barrier-free interstate trade in agricultural commodities. Individual farmers and agriculture-related industries, such as logistics and other ancillary services, would all benefit materially. In addition, the government has also made further progress in labour law reforms to facilitate its "Make in India" ambitions. Notwithstanding the fact that the country still has to weather short-term pains in the economy, our long-term constructive outlook on India remains unchanged and is well supported by its ongoing long-term structural reforms. We continue to favour private banks, digital services and logistics, and select consumer subsectors.

With South Korea and Taiwan remaining vulnerable to the risk of being caught in the fallout from the US-China tech war, we retain our selective stance in both these countries' technology hardware sector. However, we continue to see good bottom-up opportunities in South Korea and Taiwan, in particular quality companies with sustainable returns due to their exposure in clean technology and industrial automation.

ASEAN benefits from reconfiguration of global supply chains
ASEAN markets are gradually recovering from the virus-related economic dislocation, led by countries such as Vietnam, which has demonstrated resilience and stability throughout the crisis. This augurs well for investments as the region benefits from the reconfiguration of global supply chains. 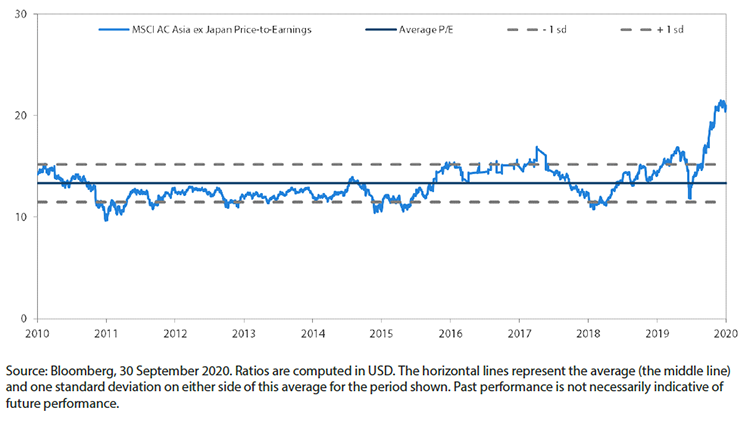 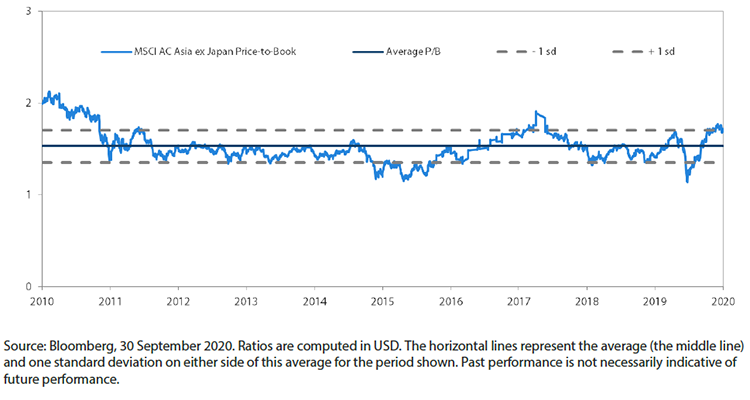