Thoughts From the Journey

It has often been the conversations I have had with the people along the way which I have found most helpful when it has come to making investment decisions. This article aims to tell some of their stories and how apparently chance encounters can help generate investment ideas.
Share this

All other countries
Download as PDF
by Iain Fulton, Portfolio Manager
25 May, 2018

For the last 22 years I have taken the train to work each day. It’s a 25 minute journey south along the East coast of Scotland and across the iconic forth rail Bridge to Edinburgh. The 25 minute trip gives me and my fellow commuters’ time to prepare for the day ahead and a valuable chance to decompress on the way home. Many books and news stories have been read, countless songs enjoyed, an untold amount of email dealt with, many articles written (including this one) and more recently several movies and drama series have been viewed online. Despite all this, it has often been the conversations I have had with the people along the way which I have found most helpful when it has come to making investment decisions. Resourceful people who are tapping into economic trends are all around us, sometimes we just have to listen. This article aims to tell some of their stories and how apparently chance encounters can help generate investment ideas. 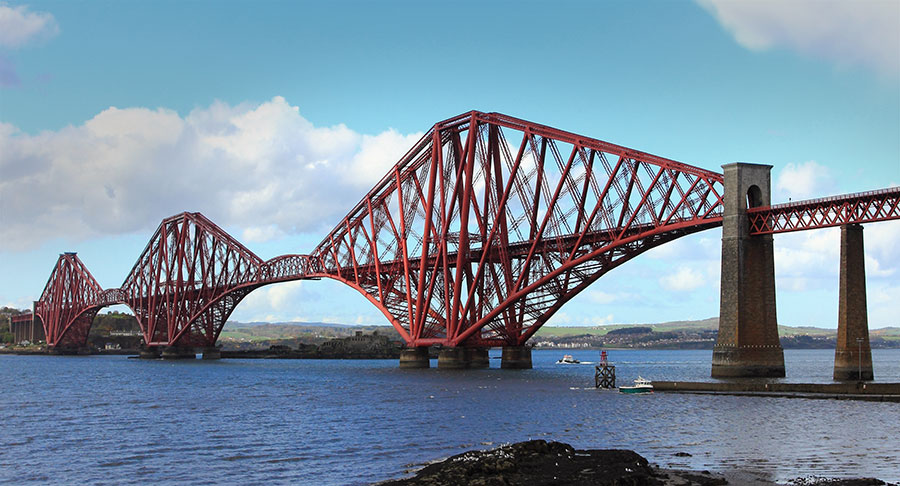 Clearly when investing, the big picture is important. In the 22 years spent travelling back and forth there have been many significant economic developments. The 1990s technology boom turned to bust, interest rates rose and then they fell. The train kept going. The resultant low interest rate environment in the 2000s combined with financial innovation gave rise to commodity and housing booms around the world and an ensuing global financial crisis as high debt levels turned sour. The internet giants of today were born. Interest rates rose, then they fell (below zero) and central banks printed money on a massive scale. The train kept going.

If we have been in something of a financial ‘upside down’ for the last 10 years or so with negative interest rates and hugely accommodative monetary conditions, what have been the effects and what might lie ahead? For one thing, my train will keep going and I’d like to be on it so it’s important to get a feel for where we are in the big picture and what’s coming next. Where are we now? Firstly, asset prices have risen dramatically. Whether it’s equities; bonds; property; classic cars; racing pigeons; (yes racing pigeons - an enthusiast from China recently paid almost $500k for a Belgian racing pigeon called Nadine) or works of art; the price of assets all across the spectrum of risk have gone up. Second, the animal spirits so depressed by the financial crisis have largely been restored as businesses reinvest and consumers do what they do best - consume. Third, there are some slightly worrying signs of excess. Capital has been arguably too cheap for too long and at least some of this is being channeled into ventures with highly uncertain outcomes.

My train journey for the last 22 years has itself been a form of mobility as a service. I pay a monthly or annual subscription to receive the largely autonomous service of a very pleasant train journey to and from my place of work. Indeed, the rail infrastructure my train runs on and the fine 19th century feat of engineering it rattles across each day are themselves the product of speculative boom in railways from that era. The grandeur and legacy of that bridge far outweigh the economic benefit to those that constructed it and the investors who financed it. This was obviously an era of great progress but one which saw many bankruptcies and initial investors in many railroad companies around the world almost entirely wiped out. We should take note of history as it so often gives us a clue to what might happen next. Bankruptcies are on the rise again. As the boom of investment in speculative ventures such as mobility as a service takes hold (just as the boom in investment in internet infrastructure in the 1990s did and rail infrastructure in the 1800s also), we should be careful to invest in businesses where we understand what the future profitability and cash flows might look like. The true beneficiaries of railroads were the towns and cities they connected as well as the consumers and businesses who made use of them in the centuries that followed. Likewise, the main beneficiaries of the internet infrastructure boom of the 1990s were the consumers who gained access to cheap data and the internet companies who made business models to take advantage of it. We need to look out for the signs that this might happen again.

Rock concerts are frequently held in Edinburgh’s Murrayfield stadium. It’s a great venue for live entertainment and proves very popular with concert goers young and old. Travelling home one Friday evening in 2014, myself and a fellow passenger observed a group of young adults heading for a night out at a concert. As is typical, they were having a few drinks before they got there but what struck us was the range of brands they were drinking. These were premium craft products and a far cry from the basic hooch myself and my fellow passenger remembered consuming when we were younger. It turned out my fellow commuter worked in advertising and he had a theory that there was a natural tendency for brands to skip a generation. He said ‘What’s cool for your parents is almost certainly not cool for the generation that follows. There is a natural desire to rebel or at least do something a little different’.

I didn’t think too much of it until 2 months later when I had to take a meeting with the CEO of Diageo – the global spirits and beer company. The company’s Smirnoff vodka brand was losing market share in the US to premium craft offerings and at 12% of total company sales this was a serious drag on the performance of the business. I put the commuter’s theory to the CEO. He agreed and the CEO told me that Diageo had just launched a $50m campaign in the US to increase engagement with younger adult consumers. My friend was right.

The part that struck us from an investment point of view though was that all of the $50m was to be spent on a combination of online video and social media. By 2014, my daily commute had already shown me that people were spending an extraordinary amount of time engaged with social media and watching YouTube but the meeting with Diageo revealed that advertising budgets were only beginning to catch up with where the audience were. We met with Facebook’s CFO in December 2014 and reviewed their proposition to advertisers. It seemed to us that Facebook had a large opportunity for market share gain with very limited cost to the business as all the content on the platform was free and generated by its users.

The ensuing three years were an exciting ride. People kept using the social media platform (be it Instagram or Facebook) in greater numbers and for longer periods of time while the company’s results proved that advertisers were shifting budgets dramatically. The cash flows and profitability from the business were substantial and grew rapidly. In 2014, Facebook had revenue of $12.5bn and operating profit and free cash flow were both around $5bn. Capital expenditures were around $1.8bn at that time. The ensuing growth in revenue, profit and cash flow were dramatic as advertising budgets moved in favour of the on line platform. By the end of 2017, revenues had reached $40.6bn while operating profit and free cash flow reached $20bn and $17bn respectively. Despite adding nearly $30bn in revenue and quadrupling profits and cash flow, capital expenditures had gone up at a slower rate as they reached $6.7bn last year. Investors were rewarded for such profitable growth with a rise in share price from $78 to $190 in just 36 months.

Today, the picture has changed somewhat. Advertisers are becoming more experienced with what works and what doesn’t on social media and the recent data security issues have caused users to become more wary of how they share information. Regulators are naturally taking notice after such highly profitable growth and Facebook are rightly set to spend aggressively on capital outlays to improve data integrity and users information security. Capital expenditures are forecast by the company to reach at least $16bn and on top of this, the company are investing heavily in content to compete with on line video services. This is all necessary investment to sustain the long term future of the franchise.

Iain joined Nikko AM in August 2014 as a Portfolio Manager for Global Equities. Before joining Nikko AM, Iain was Investment Director and Head of Research at SWIP, responsible for the management of Global Select, Kokusai Select and Kokusai income mandates for both institutional and retail clients. Iain joined SWIP in June 2005 as a member of the Global Equity team from Kames Capital, where he was a portfolio manager on the US equities team. Prior to joining Kames in 2004, Iain worked as a global portfolio manager, analyst and Head of Research with Alliance Trust from 1996. Iain holds a First Class M.A. Honours degree in Scottish History from the University of St Andrews.