All other countries
Download as PDF
by Chris Rands, Portfolio Manager
09 February, 2018

Recent research from both the Bank of International Settlements (BIS) and the International Monetary Fund (IMF) show that rising household debt can be problematic for an economy in the medium to long term.

This was identified by the IMF in its October 2017 Global Financial Stability Report, which stated: “An increase in the household debt-to-GDP ratio is typically associated with higher economic growth and lower unemployment, but the effects are reversed in three to five years”1.

This is an important finding for the Australian economy, which, according to a BIS report, currently boasts the second highest household debt to GDP ratio out of 43 countries — surpassed only by Switzerland.

One explanation for these findings is that the benefits of household debt are front loaded in the first two years of borrowing, as the proceeds are used to increase consumption.

The downside, however, is that this consumption cannot be repeated in later years and will be lower than otherwise would have occurred as households service their debt. In the context of ever-rising household debt in Australia, this means households have potentially borrowed future consumption, which will soon come due — an often overlooked side effect of high house prices.

This has the potential to not only slow growth in the future but also make the Reserve Bank of Australia’s (RBA) job of managing the economy through interest rates more complex.

What are the implications?

The first place to look for the effect of household debt is on retail sales. Over the past five years retail sales have typically grown above 3%, despite the fact that wages growth and gross national income have been relatively weak. Over this period, a strong leading indicator for retail sales has been mortgage approvals, a sign that households are taking on more debt.

This enforces the idea that as households increased borrowing they also increased spending, meaning that as house prices rose between 2013–2015, they also provided a boost to GDP through improved consumption and construction. This helped the economy grow through a tough period when the commodity sector was performing poorly. 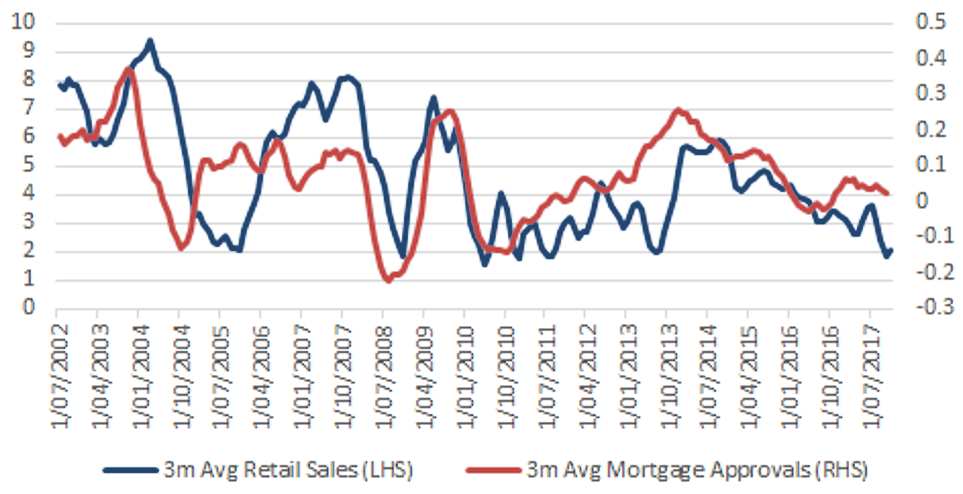 The side effect of this boost to consumption, however, is that the household debt-to-GDP ratio increased 10%. In a BIS working paper (2017), the authors noted that “A 1 percentage point increase in household indebtedness is associated, in the long run, with lower GDP growth of 0.1 percentage point”2.

If this relationship holds true for Australia, it would mean that the boost to consumption achieved in this period will come at the cost of 1% lower growth in the future.

A drag of this magnitude would make it harder for the Australian economy to achieve 3–4% growth, which the RBA has repeatedly forecasted in their monetary policy statements.

Higher house prices, therefore, could imply that there is an increased probability of continuing this lower-for-longer growth environment. 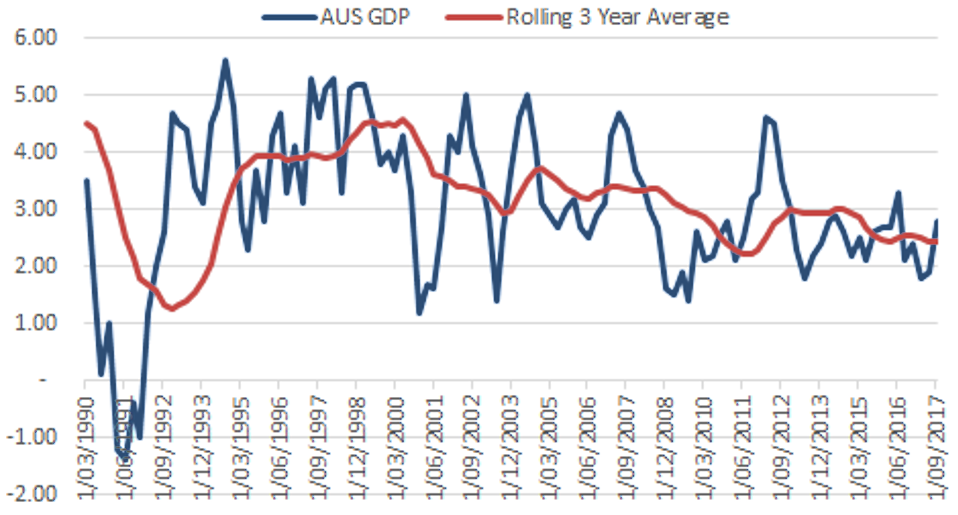 The second implication that should be noted, based on a BIS working paper, is that when household debt ratios becomes too large it can affect a household’s ability “to deal with an unanticipated deterioration in its circumstances”3.

This has lead households to lower their savings ratio in order to maintain the modest level of consumption. 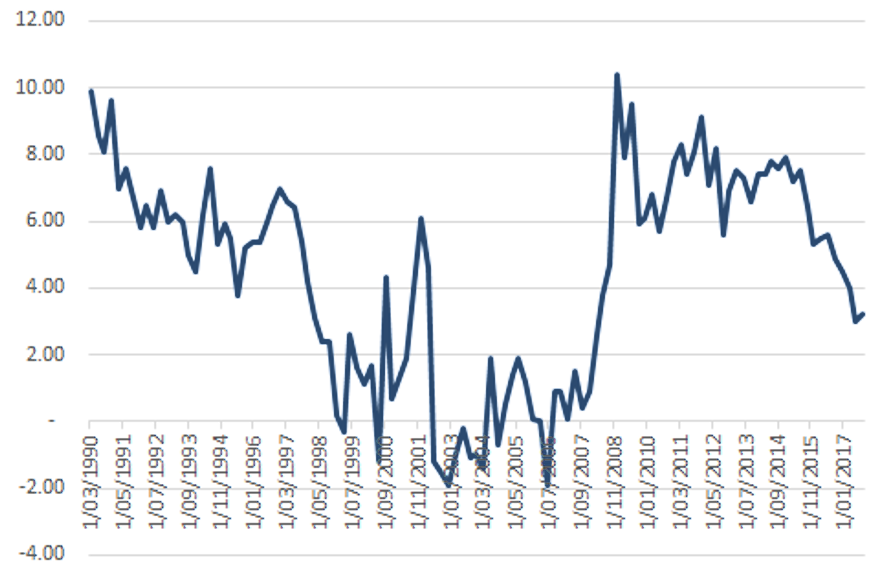 Usually in this environment, households could increase borrowing to smooth their consumption. But the RBA is reticent to encourage this behaviour given the high household debt ratios. As long as disposable income remains weak, it will be hard for household consumption to dramatically increase and in the event of a shock to the economy it will be difficult for the RBA to boost consumption.

This reinforces the notion that in a highly leveraged economy, “interest rate hikes could be more contractionary than cuts are expansionary”4 and will require the RBA to be more cautious than in prior cycles. As such, a key cost of high household debt is that it reduces the ability for central banks to conduct effective monetary policy. 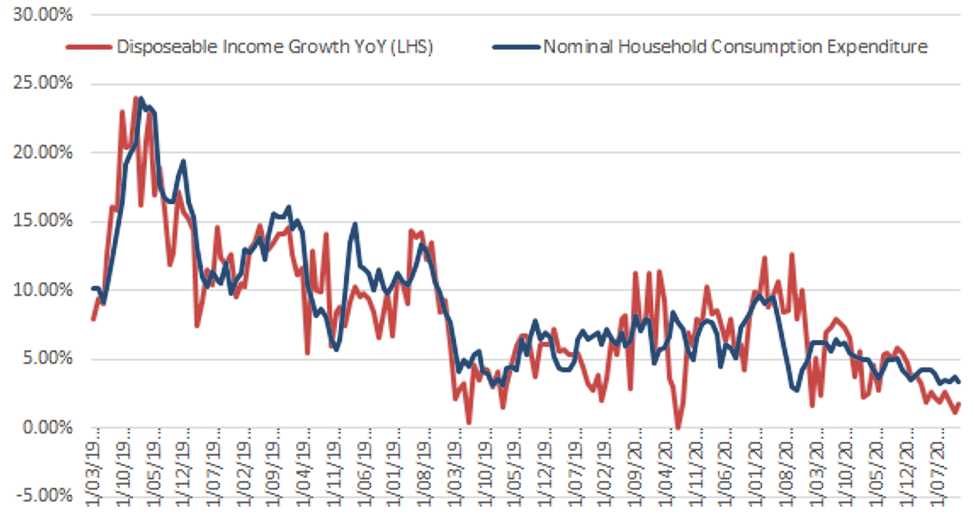 This outcome has been observed a number of times through history with notable examples including Japan in the early ’90s, the US in 2008 and Europe in 2011. It typically results in slower economic growth and recession, reduced consumption, lower inflation and increased government debt via bank bailouts.

Hence, while house prices are high and may cause concern for those who do not own the asset, hints of large declines could have big economic impacts, which regulators will desperately want to avoid. For policy makers, this could imply that even if they would like housing to be more affordable, it will be hard to achieve if it comes at the expense of house hold debt. 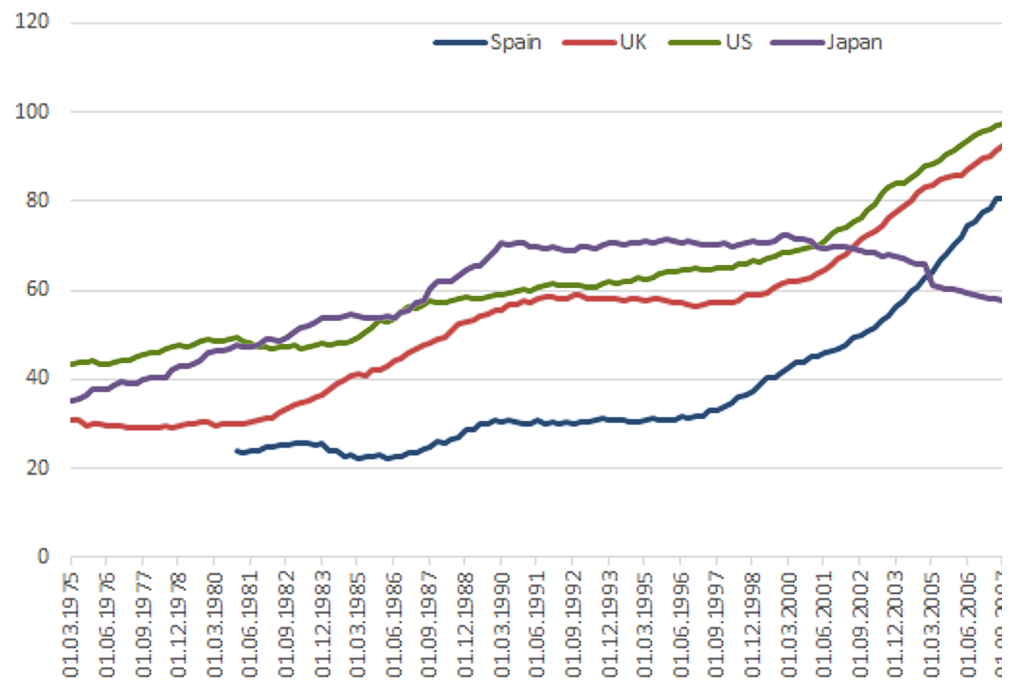 The Outlook for House Prices and Household Debt

Leading indicators for house prices in Australia are showing that price appreciation should slow and house prices could potentially be flat for 2018. This is reflected in auction clearance rates, which typically lead house prices by approximately four months and have been declining. 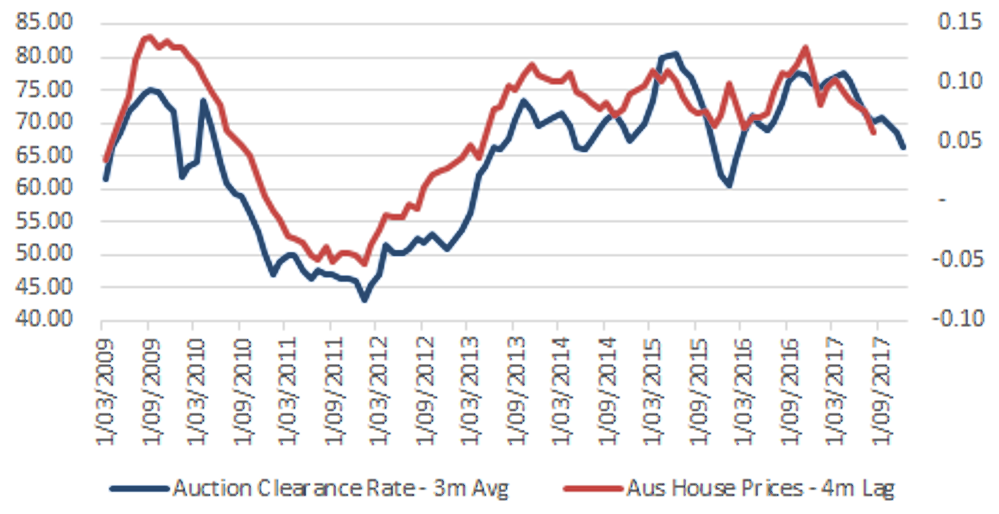 In addition, mortgage financing has been lower than the average level of the past five years and existing home sales have begun to decline, corroborating the lower auction clearance rates. At the moment these indicators do not point to drastic house price declines, but rather flat prices in the +/- 5% range. 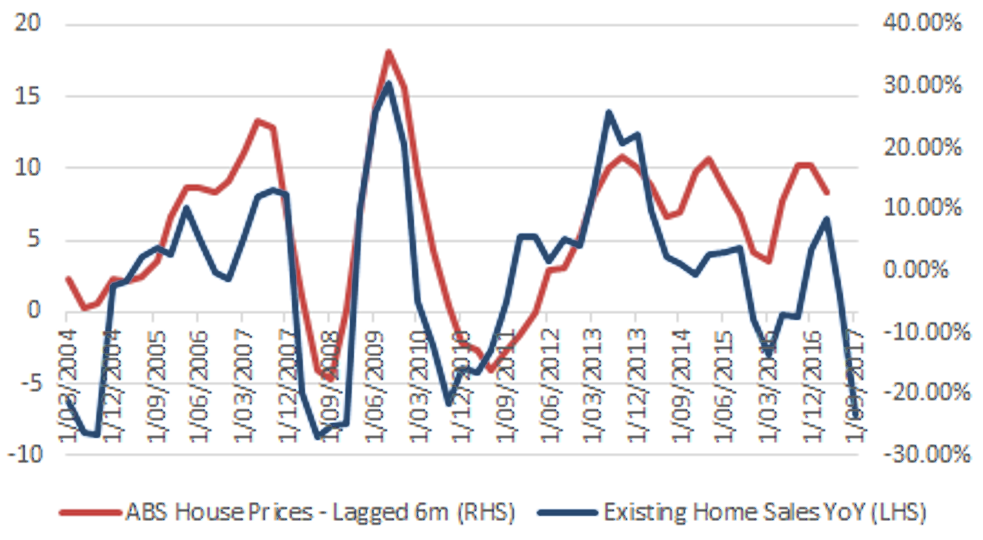 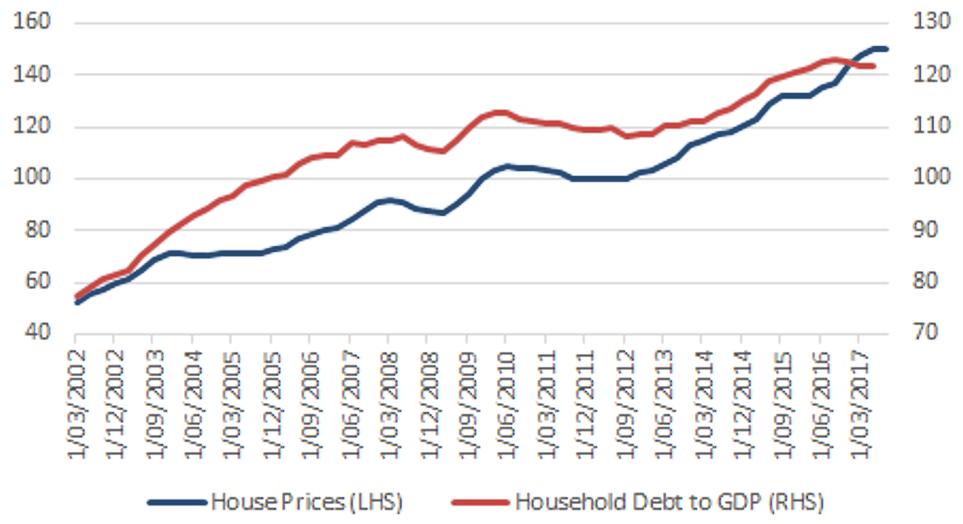 This stable outlook for house prices and household debt can be thought of in both the short and long term as described by the BIS. Firstly, as household debt stabilises it will potentially reduce growth over the coming years as consumption will not be able to be boosted with increased borrowing and will need to be more in line with the modest wages growth. As long as house prices and household debt don’t fall drastically, then growth should remain moderate for the coming year.

The positive side of this outlook is that future growth should not continue to be eroded away, as household debt should stabilise with house prices. If household debt truly peaked in 2016, this implies that the higher debt ratios will begin to take effect and slow potential growth from 2019 onwards, coinciding with the timeline of debt effecting growth 3 to 5 years in the future.

In addition, the RBA will need to be relatively cautious when they are ready to start an interest rate hiking cycle, as large declines in property prices and household debt will be problematic for the economy. This supports a slow and steady approach to interest rate movements, similar to what we observe in other economies around the world.