Blue skies with a chance of rain: What China's year of transition means for Australian iron ore

China started 2017 with real momentum, following the property driven debt-fuelled stimulus of last year, and the blue skies a result of Government directives to curb pollution during March’s Central Government meetings. However, with an expectation of lower steel intensity sectors driving growth this year, what will this mean for Australia’s resource sector?
Share this

All other countries
Download as PDF
by Stefan Hansen, Senior Research Analyst
14 April, 2017

Having recently returned from China, Stefan Hansen, Senior Research Analyst at Nikko AM, shares his thoughts on China’s economy, and the impact that this will have on Australia’s resource sector.

The blue skies over Beijing and the buoyant mood in China seemed to be driven by a common factor – Government policy and intervention.

It’s no wonder the mood on the street in China is positive. Debt funded stimulus in early 2016 helped to revive the flagging economy (see Chart 1), and recent data points to robust industrial production and economic growth. However, we do need to look beyond the headlines and high level targets. Last year, fixed asset investment focused on the real estate sector, which makes up one third of GDP. However, tightening policies have been progressively put in place to curb property speculation and price growth within select cities, and new fixed asset investment appears more directed toward infrastructure, which, from an Australian export perspective, may be less steel consuming than property.

An expectation of lower steel intensity sectors driving growth this year, iron ore prices incentivising new supply and uncertainty over growth beyond the leadership transition, all give us some comfort around our cautious positioning for Australia’s resource sector. 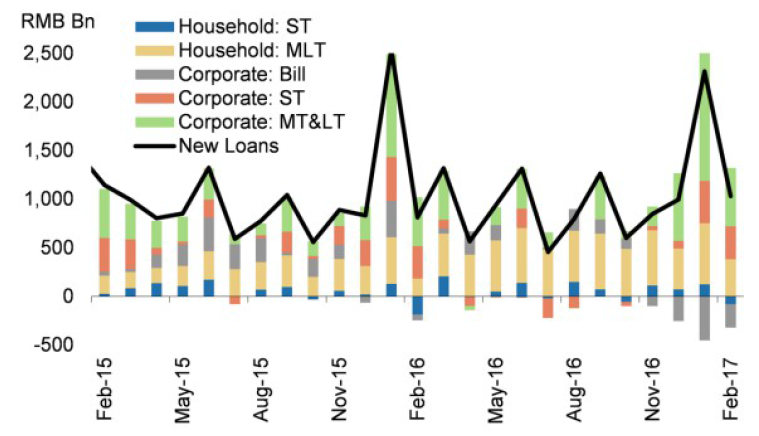 The consensus view among the economic and industry experts that we met in China was an expectation that the solid economic growth from 2016 will continue over 1H2017, given the Government’s focus on stability during the leadership transition period.

At the same time, there was also an acknowledgement that recent Government announcements to curb potential financial risks in the future are designed to slow growth.

The GDP target for 2017 is now fixed at the low end of the previous 6.5-7.0% range, and while this change appears modest, it does appear to signal a deliberate intent to slow growth to rein in rising financial leverage.

...however, there is some uncertainty beyond this year.

It was telling that beyond the National Congress taking place in October/November this year, the extent of the slowdown was uncertain.

Consensus forecasts call for a continued easing of economic growth rates, with GDP of 6.3% and 5.9% in 2018 and 2019 respectively, though over the course of meetings that we were in, around 6.0% was mentioned as a potential target for next year. 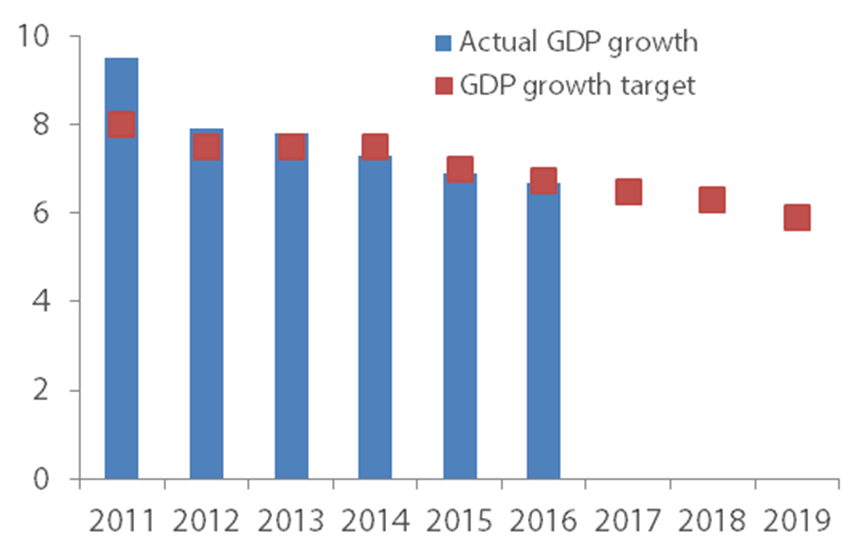 At the National Party Congress in March this year, the Government announced a fixed-asset investment growth target of 9% year-on-year, down from last year’s 10.5% target but above the 8.2% year-on-year actual growth recorded in 2016.

At face value, these growth rates look impressive, but we need to consider that investment expenditure will likely be directed towards lower steel-intensive infrastructure spending (such as rail, metro and utilities) as opposed to real estate, which was the key driver of steel demand last year (see Charts 3 and 4).

Chart 3: New fixed-asset investment is being directed towards infrastructure 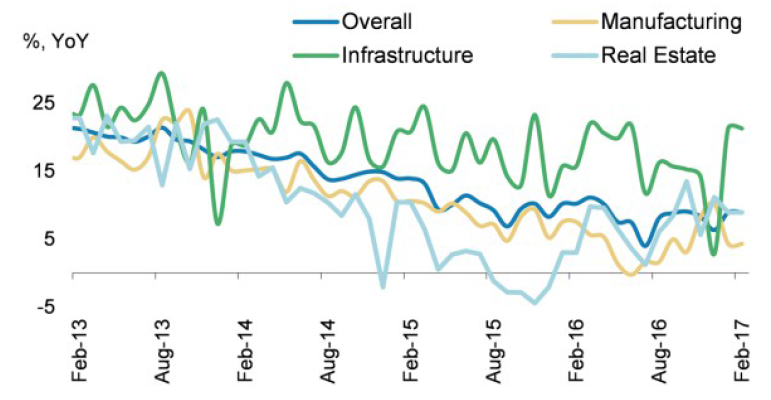 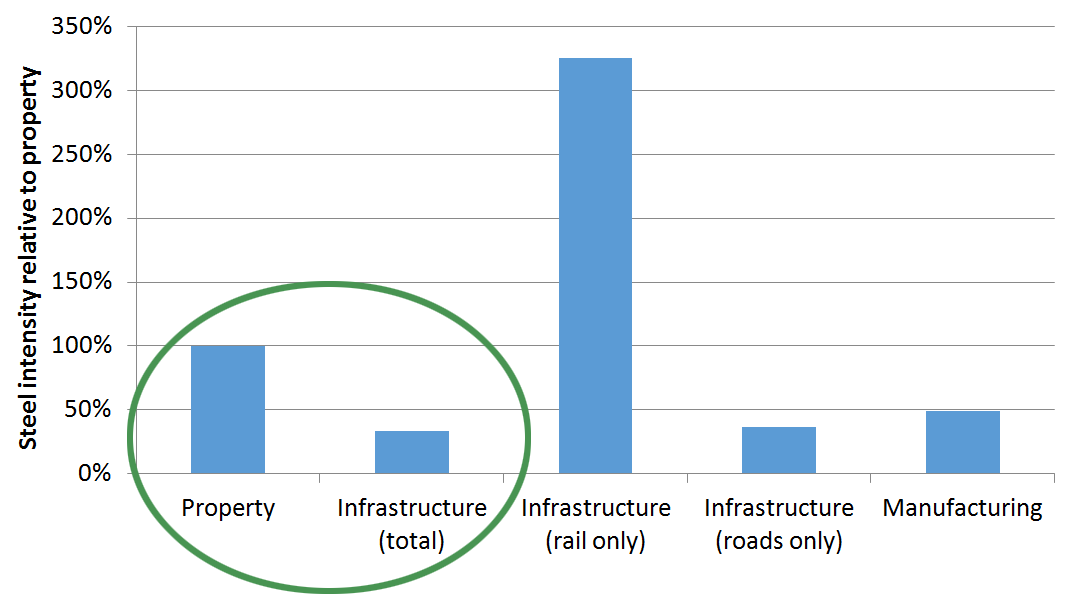 While on property, forecasts from three experts indicated an expectation of a 10-14% year-on-year contraction in sales, driven by selective tightening policies in major cities and changing demographics.

With a strong start to 2017, this outlook may prove too pessimistic, as property starts, which are arguably a more important gauge of steel usage, ranged from a 10% contraction to 4% growth.

Rising cost of steel is becoming political, with intervention a possibility

One area of discussion during our trip was the increasing concern around rising steel prices. The reasons for concern were threefold: Firstly, higher prices impacted the competitive nature of Chinese steel within a regional setting, as observed by the low rate of exports this year (see Chart 5).

Secondly, there is some concern over the potential for higher steel prices to flow through to general consumer inflation, and thirdly, and perhaps most importantly, concerns driven by the fact that iron ore prices have largely kept pace with steel, mitigating profitability of the Chinese steel industry, and therefore its ability to better utilise this period of steel price strength to de-lever balance sheets. The fact that almost all of the global iron ore industry is “in the money”, does lend weight to the concern that pricing has disconnected from fundamentals (see Chart 6).

Indeed, the China National Development and Reform Commission (NDRC), at a mid-March Supply Side Reform conference, publicly stated it believes steel price strength was due to steel production capacity cuts, and an increase in the iron ore price, and should not justify further price increases. 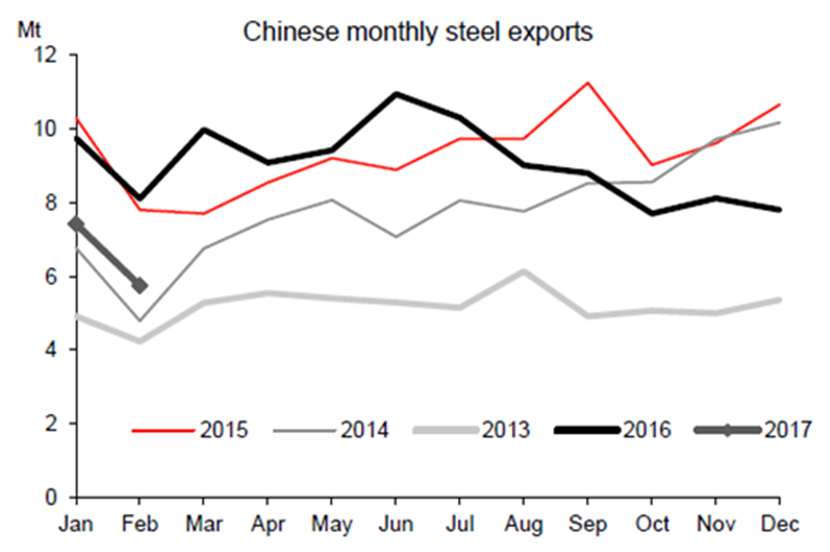 Chart 6: Almost all miners are making a positive margin 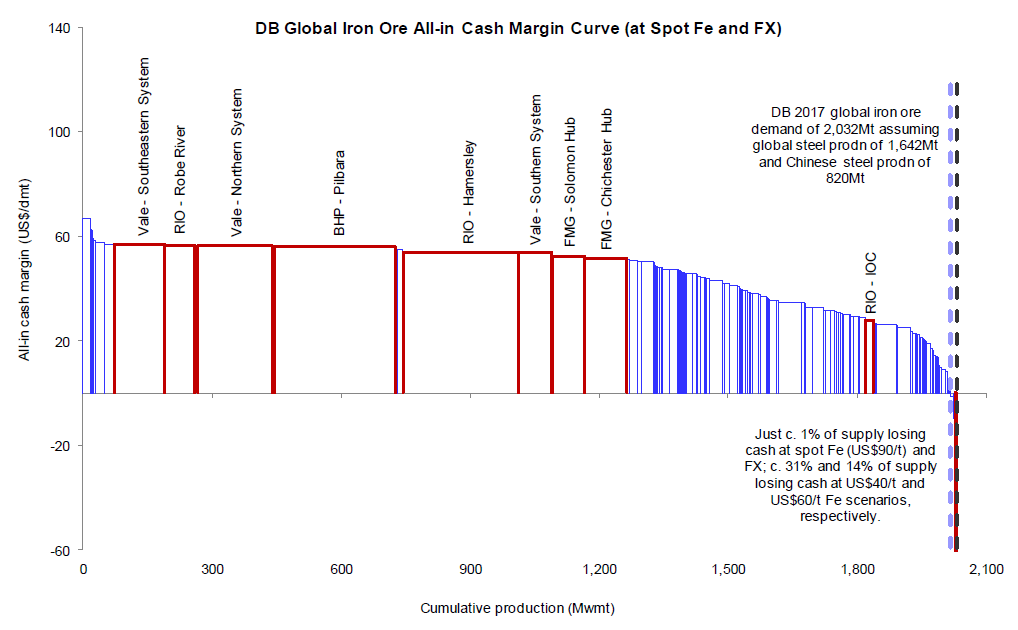 It was acknowledged in our meetings that China’s steel and iron ore futures exchanges were having a substantial influence on the seaborne ore trade.

Attempts to rein in speculation on futures markets has been attempted previously, however it appears these efforts have not been a sufficient deterrent to offset trade profitability.

Now with the NDRC weighing in on the issue, we believe the potential for action is a real downside risk for steel and iron ore prices, and indeed a key driver of recent price action.

Traders having an influence on steel and iron ore markets

Another suggestion from industry experts around the fundamental disconnect in iron ore prices has been that it was due to the influence of traders, as opposed to direct iron ore consumers.

The view was that traders are keeping seaborne iron ore markets tight to support prices, and stockpiling ore that cannot be passed on to mills.

We see some evidence of this in ore stockpiles at Chinese ports, which are at multi-year highs. Any unwind, via steel price intervention or growth in Chinese domestic iron ore production, could see a rapid destocking event that would depress prices (see Charts 7 and 8). 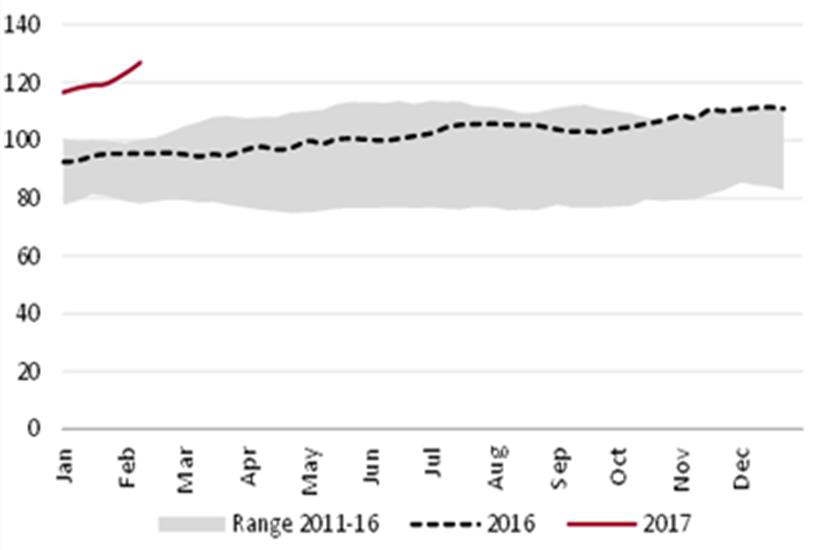 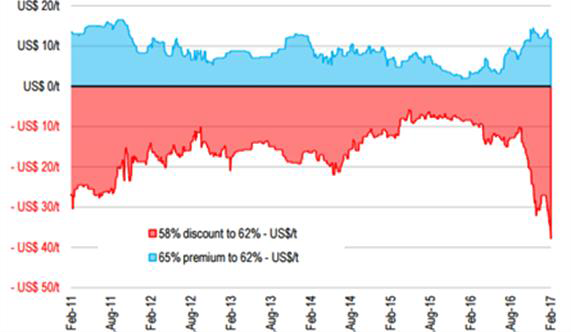 Both the Shanghai Metals Market and MySteel expect Chinese domestic iron ore production to add at least an additional 30Mt this year, as output responds to higher prices. We are starting to see evidence of this now, but expect more in the near-term as winter conditions ease (see Chart 9). Indeed, Deutsche Bank recently reported that Chinese domestic production is running at operating rates of 280Mtpa, 60Mtpa higher than 1H2016 levels, while non-traditional suppliers (excluding Australia and Brazil) have lifted rates by around 25Mtpa.

There was some debate around the issue of permitting, restaffing and refinancing of Chinese mines, some of which have sat idle for extended periods. Even if half of this additional capacity was brought to market, we believe this would exceed market expectations, and contribute to oversupply.

Our visit to China increased our conviction that additional and unexpected iron ore supply, combined with stable to weaker demand, will see it retreat to a lower, more fundamentally-driven price range during 2017, which is supportive of our underweight call for the broader resources sector.

Under this scenario of weakening iron ore prices, future value opportunities may be generated among a set of miners with substantially lower balance sheet risk and cash margins closer to what we would view as genuine mid-cycle levels.

Stefan joined the business in 2016. He has 8 years’ experience in equity analysis and a further 8 years within the Petroleum and Chemical industries including oil refining and mining/steel services. Prior to joining Nikko AM Australia, Stefan was a Vice President within Australia Equities Research at Morgan Stanley. Previously, Stefan held Equities Research roles at Austock and Aegis Equities research. Stefan has sector responsibilities for the Mining and Oil & Gas sectors.