Since the turn of the year, emerging markets have enjoyed a period of strong performance. This recent solid rebound has been spurred by a de-pricing of the tail risk in China. The market came to the realisation that, despite the challenging situation in China, the authorities are in control and have the ability to deal with their vast stock of debt and spare industrial capacity.

Along with the more encouraging assessment towards China, emerging markets have benefited from a number of other exogenous influences. The significant rebound in commodities' prices has coincided with all big commodities exporters slashing their forecasts. This will enable emerging markets to be more flexible with their budget for the remaining of the year. This turnaround also coincides with an improvement in the competitiveness for emerging markets as most exchange rates depreciated significantly over the past 3 years.

Additionally, over the last 2 years productivity gains have been strong and unit labour costs have risen less compared to the developed world. The present conditions are now favourable for an export-led recovery in emerging markets. This should help policy makers to manoeuver a bit more easily.

Instead of relying too much on developed economies, it's perhaps time for emerging markets economies to focus on: achieving the structural reforms needed to adapt to a growing middle class, focus on building economies which are more and more focussed on services and also try to diversify away from an excessive dependence on commodities.

In the past, reforms in the emerging markets have been aimed towards reducing external vulnerabilities; the introduction of flexible exchange rates, reducing the dependence of financing through external debt and fiscal consolidation. More recently, major trend has been observed, that of reforms- driven by pressure from the growing middle classes. 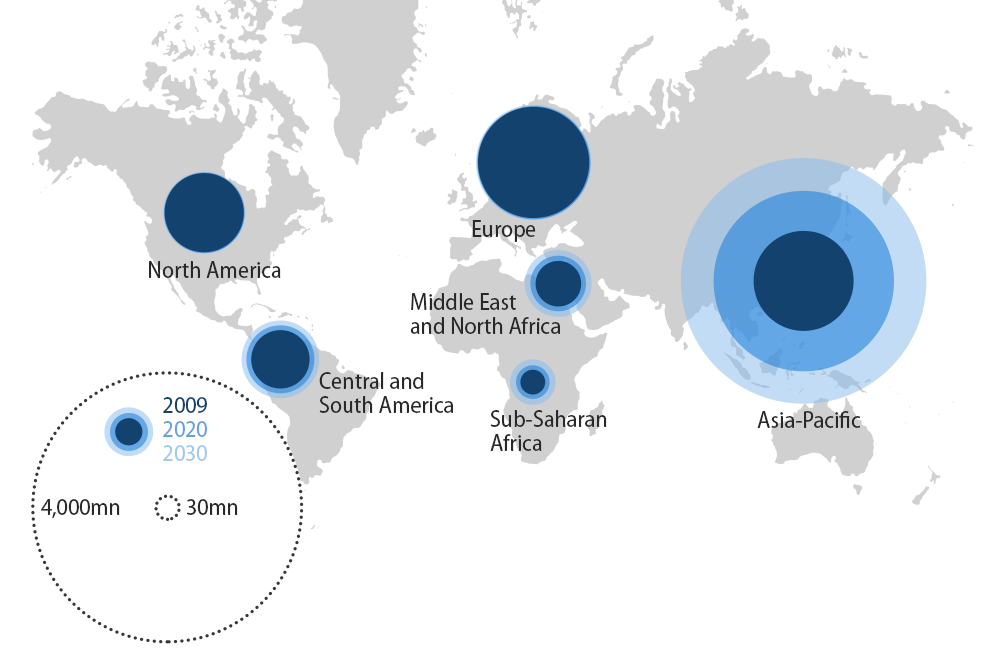 Recent elections held in a number of prime countries are a manifestation of that pressure.

In India, a cross-wide section of the population elected Narendra Modi on his promise to boost investment and reduce corruption. Through cutting red tape, setting growth and profit targets for state controlled enterprises, should stimulate the whole economy and restore profitability and resume investments.

In Indonesia, the election of Joko Widodo as President also corresponds to an aspiration for more transparency and business-friendly reforms.

In Brazil, a widespread middle-class revolt is currently taking place and paralysing the country. Dilma Rousseff failed to perceive soon enough the urgent need for more transparency, less corruption and less interference in state-run companies. In the meantime, structural reforms have been postponed, the economy has remained dangerously undiversified and the market now hopes for a rapid exit from this dead end.

Finally, in China the rapidly growing middle class, associated with the current transition towards a consumer and service-led economy, is also wishing for a more transparent and efficient economy. These messages were heard loud and clear by the new leadership who immediately embarked in an extensive program of rationalisation of the vast state-owned enterprises (SOEs) sector. Ultimately, this will reallocate unproductive capital, reduce overcapacity and allow the private and public sector to compete on an equal footing. It should prove highly beneficial for the Chinese market and economy in the medium term, although perhaps being very distressing in the short term.

Presently, the recent rebound in emerging markets will certainly allow policymakers to breathe more easily, but it shouldn't be viewed as a reason to be complacent. Indeed, recent examples have shown that reforms are not being exclusively driven by market forces anymore, but by the growing pressure of the rise of the middle classes. This pressure is showing no signs of diminishing and current conditions currently being experienced in Brazil are testament to this.

Investors can also finally rely on more political accountability, more consistency and less market “path-dependence” in the way reforms are being implemented in emerging markets. Ultimately, this greatly improves the medium term risk-return profile of the asset class, if one can withstand the short term negative headline risk, of course.

Raphael Marechal, joined Nikko AM in February 2016 to help spearhead the development of the firm's Global Emerging Market capability. He brings almost 20 years of experience in Fixed income, emerging market analysis and portfolio management to Nikko AM. Prior to Nikko AM, Marechal was at BlackRock where he co-managed a $3.0 billion Emerging Market Local Currency Strategy, as well as a $500 million Absolute Return strategy. Before BlackRock he held the position of Senior Portfolio Manager at a number of firms working in the Emerging Market space at FFTW and Fortis Investments and before that was Portfolio Manager at BAREP. He received a Master in Mathematics & Finance from the Grenoble Institute of Technology and also holds a DEA Finance from the IAE in Grenoble.