All other countries
by Edward Ng, Portfolio Manager
31 March, 2016

Asia’s transformation from its economic anonymity decades ago to a vital engine of global growth has been remarkable. Much of this has been attributed to the rapid rise in the Chinese economy. However, the emerging importance of ASEAN to the region cannot be denied. According to the Asian Development Bank, if ASEAN were one economy, its combined GDP of USD 2.4 trillion in 2013 would have ranked it seventh largest in the world. With a population of over 600 million, the burgeoning workforce’s spending power is driving domestic growth and dilluting dependence on the Western world. 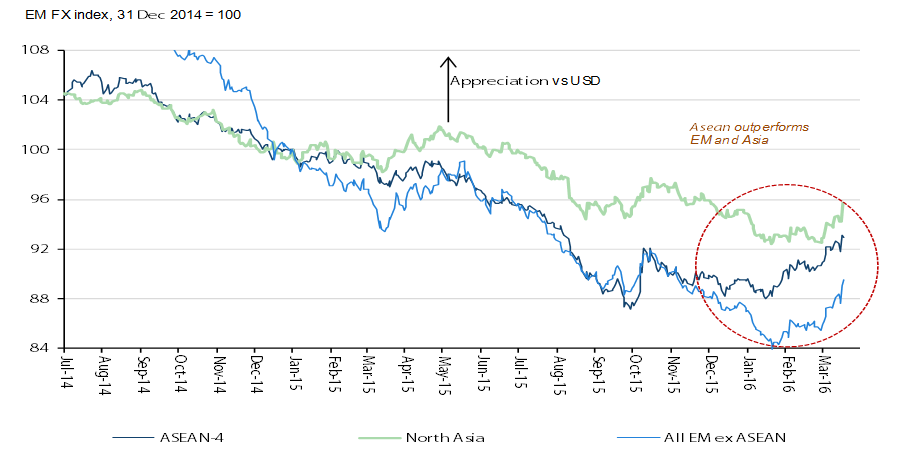 Three months into 2016, we have, however, seen a reversal of performance among ASEAN countries. ASEAN markets (both FX and bonds) staged impressive rallies and outperformed most other EM markets, including North Asia.

What change led to this reversal of fortunes?

Chart 3: Given negative interest rate policy in Japan, Japanese investors have been investing into EM bonds, with ASEAN markets being some of the favoured beneficiaries 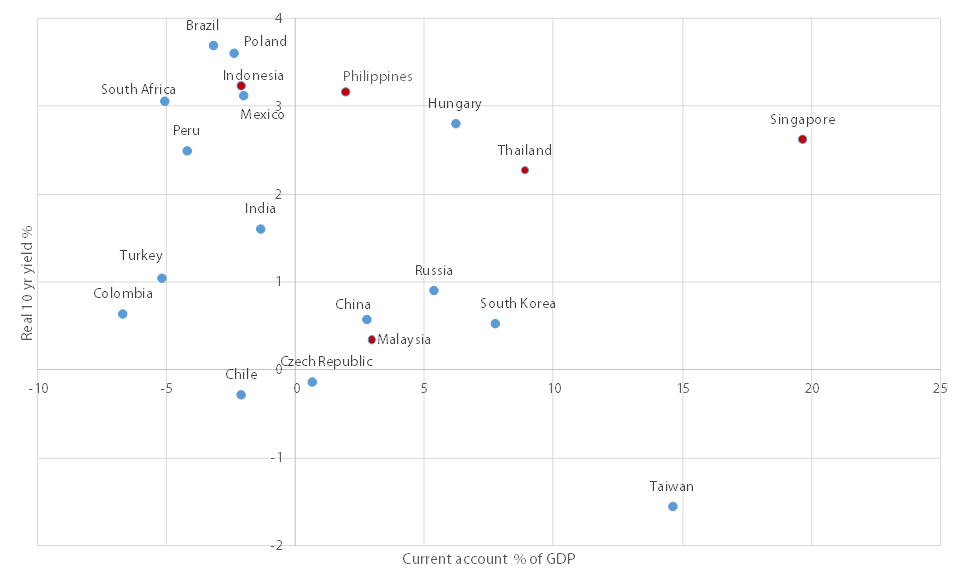 Chart 6: MYR and IDR are rebounding along with commodities like palm oil and rubber 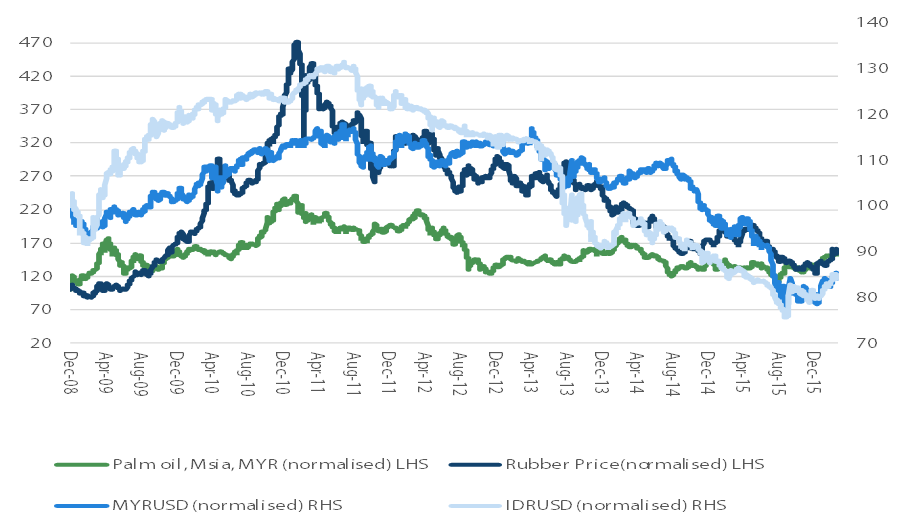 The strong dynamics of ASEAN will be increasingly alluring to investment managers in the current low yield global environment. Stable current accounts, low government debt levels, benign inflation, diversified trade partner dependence and decent real returns make ASEAN an attractive choice for investment diversification. Over the longer-term, mega-infrastructure projects such as the Singapore to Kuala Lumpur High Speed Rail, Thailand’s development of its countrywide rail network, and projects under China’s “One Belt, One Road” scheme will further propel ASEAN’s growing role in the global economy. Barring another round of commodities price collapse, global risk events or an aggressive pace of Fed hikes, ASEAN is a strong option for a long-term diversification investment in a global portfolio, and is, thus, an EM asset class worth watching.