All other countries
by John Vail, Chief Global Strategist
03 March, 2015

Improving the number of independent directors and other governance issues are very important in the intermediate term for Japan, but it is crucial for investors to understand that much of the profitability message has already been understood by Japanese corporates for a decade. This is shown by the divergence in the profit margin from GDP growth in the chart below.

Since the Koizumi era, Japan has embarked on major rationalizations in virtually every industry, with the number of players often reduced from seven down to three. The fruits of this restructuring were slower to ripen than in Western world examples, and they were hidden by a series of crises (the Lehman shock, the turbulence in China, the strong Yen and of course, the Tohoku crisis), but since Abenomics began, the global backdrop for Japan has been stable, thus allowing the fruits of profits to be fully realized.

Indeed, the 4Q data on overall corporate profits (not just of listed companies) announced on Monday continues this upward trend, showing that the pretax profit margin's four-quarter average hit a new high of 4.95%. We expect that profit margins will expand further in coming quarters, which should further prove that Japan's structural profitability trend continues upward. It is also worth mentioning that forex related profits are not the main driver of improvement, as the profit margin of services industries also surged to a new record high in virtually parabolic fashion, as shown in the second chart below. 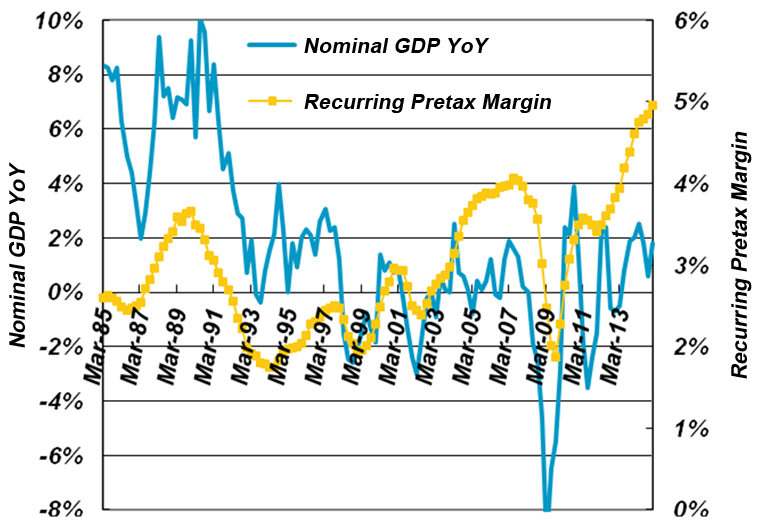 ...and for Non-manufacturers excluding Financials 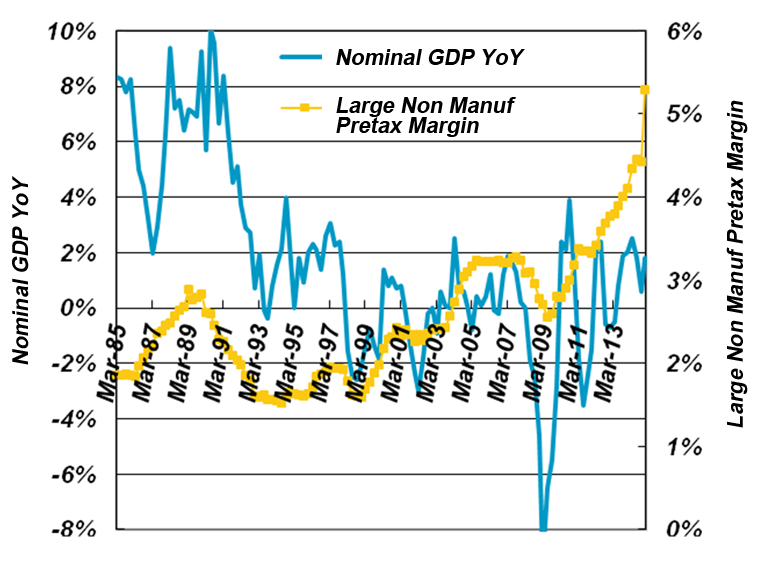 This is but one reason why investors should ignore the macro-based strategists who say that Japanese equities can only rise if the Yen weakens further. If valuations were high, this might be true, but not at their presently low levels and as large corporate tax cuts are likely to be enacted soon, which will drive earnings growth upward even further.