All other countries
by John Vail, Chief Global Strategist
30 September, 2014

Inflation: Kuroda saved by the Yen

Japan’s pipeline inflation, which we measure using the recently renamed Producer Price Index’s Finished Consumer Goods for Domestic Demand sub-component (which includes import prices) continued to be quite depressed in August, being flat MoM and declining to a - 0.4% a 6-month annualized basis and to 0.3% YoY (both excluding the VAT hike effect). Domestically produced finished consumer goods led the way down. However, the recent weakness in the Yen will push up pipeline inflation significantly, which must be relieved to the BOJ. 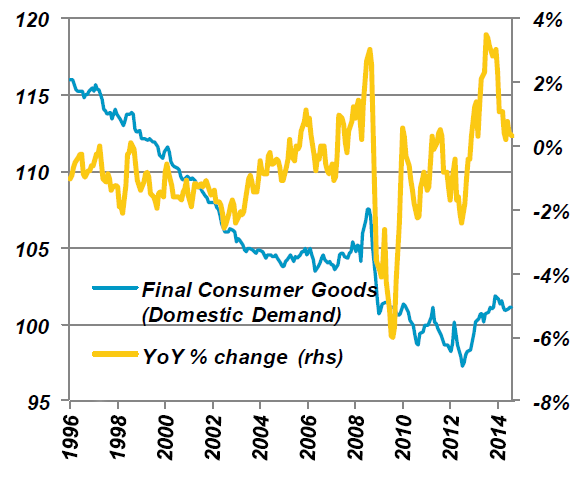 The August CPI data showed the goods portion of the CPI rose 0.1% MoM, but decelerated to 2.3% 3M SAAR (excludes the VAT hike), which is worrisome. Meanwhile, the “core-core” CPI (excluding food and energy) fell 0.1% MoM (although as the right-hand chart shows, that is not too unusual) and is now only 0.4% 3M SAAR and 1.1% YoY (excluding the VAT hike), which is also worrying. The rent component remained flat MoM again, and it will need to start rising in order for the core CPI to accelerate much further. The recent Yen weakness did not truly begin until September, which should help push up the CPI in the next few months, but countering such are the falling oil price and scheduled cuts by telecom and utility firms. In sum, the outlook for the CPI is not too rosy, and it will likely appear to undershoot the BOJ’s 2% core target, so the BOJ may well act (beyond the widely expected expansion of its current easing plan into 2015), but then again, most all central banks are missing their targets (if one considers the core PCE to be the Fed’s target) and in order to prevent a currency war, they might just have to live with undershooting their targets. 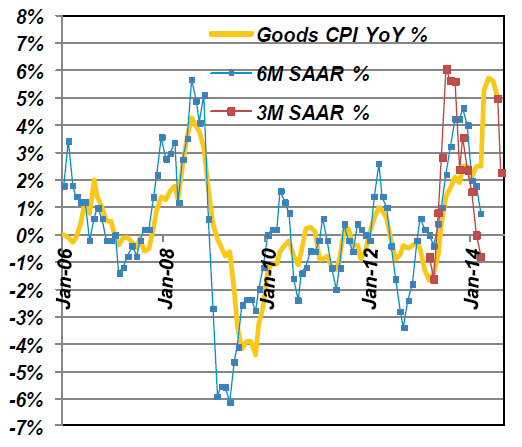 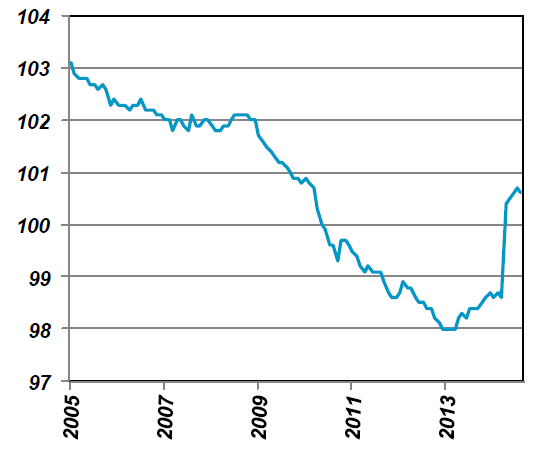 Although much of the CPI data matched consensus, the most important number, Japan’s “core” (which only excludes fresh food) disappointed at 3.1% vs. the 3.2% YoY estimate and 3.3% prior rate and the outlook for the CPI is not too rosy.